Brødrene Berggren is one of Norway's oldest fishmongers, established in 1911.
Our premises are in a central location in the heart of Sandefjord's harbour area.

In addition to being a well-known fishmonger, Brødrene Berggren is a producer and active wholesaler of seafood, and we supply several other fishmongers, supermarkets, restaurants, hotels, institutions and other wholesalers.

We operate three fish terminals in Hvasser, Stavern and Sandefjord, and take delivery of around 500 tonnes of seafood every year. Our motto is 'quality every step of the way'. Our value chain includes around 25 fishermen and 40 qualified staff, who all do their best to ensure that our customers are satisfied.

Gustav Adolf and Einar Berggren started selling seafood from a boat at the quay in Sandefjord in 2011.
The boat used to moor where the statue of Fea Bolt now stands, near the premises that we occupy today.

Gustav Adolf and Einar had both worked at the shipyard Framnæs Mek. Værksted and on sailing ships, but they wanted to try their luck as fishmongers. In those days, buying and selling fish was a completely different story from what it is today. There were no terminals where the fish were landed, so the fishermen sold the fish themselves. The fish was often sold at sea, or in one of the many places where the fishermen stayed or went ashore. Generally speaking, the two brothers had the following division of labour: Einar was out at sea buying the seafood they needed, while Gustav Adolf worked at the quay, where he was in charge of sales and dealing with customers. 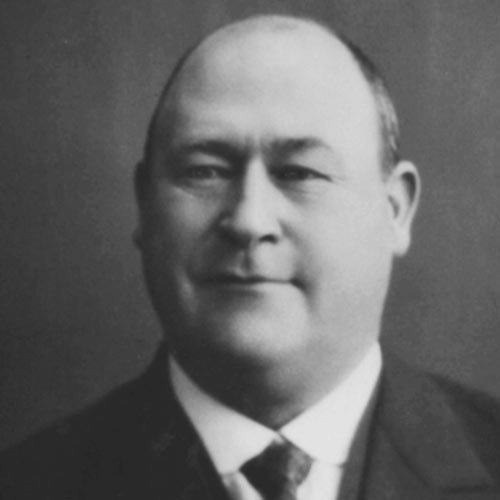 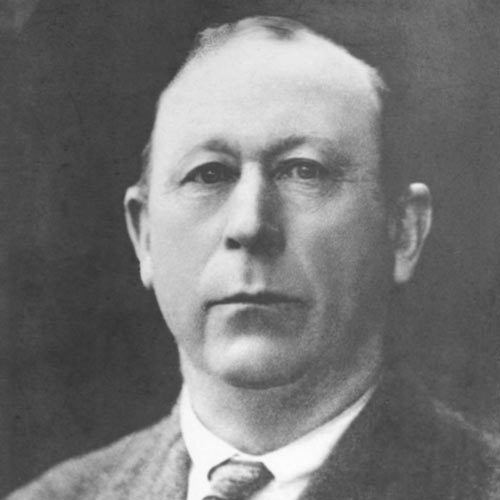 Around 1920–1925, the brothers acquired a raft they used as their 'shop'. Two ferries were used until the modern Framnæs ferry was built: one took 70-75 passengers while the other took 30-35. This capacity proved to be too small and a raft carrying passengers had to be towed behind the ferry during rush hour. It bore the name 'Blå’en' ('Blue') and it was this raft that became the Berggren brother's 'shop' for a few years.

The Berggren brothers were the first fishmongers in Sandefjord to set up shop in premises on the quay. This was between 1925 and 1930.

Gustav Adolf died in 1932, and Einar took over the whole business. Since then Brødrene Berggren ('the Berggren bothers') have only been brothers in name.

In 1950, Thorbjørn Kristinius Berggren took over his father's firm and moved into new premises on the quay where the firm is currently located. At that time, there were three fishmongers in the building: Brødrene Bolt Hansen, Sandefjord Fiskeforretning and Brødrene Berggren. Thorbjørn died in 1958, just 51 years old. The business passed to his son Thor Berggren, who was only 23 years old at the time. In 1976, Bolt Hansen's business was wound up and the premises were let to Brødrene Berggren. In 1987, Thor Berggren bought the third fishmonger's business and took over the whole building, which now houses our fishmonger's shop.

In 1990, Brødrene Berggren bought the fish terminal in Sandefjord from Skagerakfisk S/L. This meant that all seafood caught off the coast near Sandefjord passed through our hands. Four years later, in 1994, Brødrene Berggren also took over the running of Hvasser Fiskemottak, the fish terminal in Hvasser. Taking over the two fish terminals meant that the firm had a good supply of raw materials and an opportunity to expand its seafood processing business. Because we needed more space, we signed a lease with Sandefjord municipality in 1992 for the 'production building' situated immediately behind the fishmonger's shop and fish terminal.

The construction of a new fishery quay in Sandefjord was completed in 2005. This also speeded up the plans to build a new fish terminal and production plant next door to the fishmonger's shop. The building was completed in October 2010, just in time for our 100th anniversary! Today, the firm has around 1,400 square metres of floor space at its disposal and employs a staff almost 50.

Brødrene Berggren's specialist seafood shop is located on the quay in Sandefjord.

It offers a wide selection of fish and shellfish, mainly locally sourced, based on the catches landed by the fishermen who supply our three terminals.

Fish are hand-filleted in our production department to ensure that the fish is of the best quality. We have our own smokery, where all the smoked fish sold in our shop is produced in the traditional way.

Our prime concern is to give all our customers a good shopping experience, followed by a good food experience!

Only traditional produce — with no artificial additives!

In 1987, Brødrene Berggren took over 'Søstrenes Delikatesse' (the sisters' deli) in Sandefjord, where seafood had been produced since the 1930s. We have built on the sisters' traditions and refined their products in our gourmet kitchen. where we produce fish puddings, fish cakes, fish gratin, fish soup, herring dishes from fully mature herring etc. using traditional techniques.

In addition to being a well-known retailer, Brødrene Berggren is also a producer and active wholesaler.

Our three fish terminals and our good relations with suppliers give us a unique proximity to the raw materials. This means that you, the customer, are pretty much guaranteed to be satisfied with your purchase.

Brødrene Berggren is part of Lerøy Sjømatgruppen, an integrated, nationwide network of wholesalers that supplies seafood to the shops an supermarkets, hotels, restaurants, catering firms and canteens. The network is regionally based and has in-depth knowledge of the unique conditions in each of the regions where our customers operate.

At the same time, the network offers economies of scale in the form of nationwide marketing and distribution of fish and shellfish, with total sales of around NOK 1 billion. This is secured through local involvement and through the expertise and motivation of each of the 10 wholesalers that currently represent Lerøy Sjømatgruppen AS in the Norwegian market.

In addition to a range of herring dishes, salads, fish cakes and fish puddings, the kitchen is proud to offer you shellfish, seafood or herring buffets, fish soups and other delicious seafood.

Contact us to find out how we can help you to cater for every occasion! Our menu is also available here.